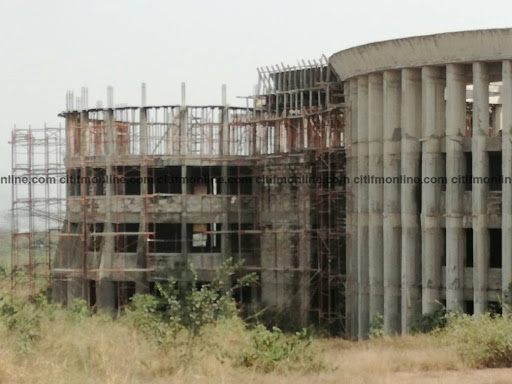 Tension is simmering at the National Health Insurance Authority (NHIA) following failure by the management of the Authority to fulfill its side of a collective bargaining agreement that was arrived at earlier this year.

Information indicates the Authority has failed to pay the salary arrears of workers since the beginning of 2020 despite the fact that it schemed 2% off the 12% salary increment the President announced for all workers starting January 2020.

The management has reportedly failed to communicate the reason for its failure to pay the arrears and has subtly engaged in a ‘cat and mouse game’ with the workers and using flimsy excuses to delay an already overdue meeting with the Union.

This portal gathered that the NHIA presented its 2020 budget to the Ministry of Finance, which was incorporated in the national Budget Statement of the government that the Finance Minister presented to Parliament sometime in November for approval.

According to the information, subsequently, the Union of Industry, Commerce, and Finance Workers (UNICOF), the body representing workers of the NHIA, engaged the Authority’s management for salary increment negotiation based on a percentage announced by President Akufo-Addo.

A sourced hinted this portal that the increment is normally 10% with sometimes an additional 2 or 3 percent.

The source indicated that negotiations ordinarily take up to four months to complete and when the two parties finally agree, the salaries are paid together with the arrears.

“This has been the practice for as long as we can remember but this year, even though the President announced a 12% increment across the board for all workers starting January 2020, when the Union met with management they agreed on 10% rather the 12% announced by the President.”

“The payment of the increment started from July 2020, however, surprisingly without the arrears as has been the practice.”

“No reason has been communicated to workers for this breach of the practice yet and August has also ended and still nothing has been heard from the management,” the source stated.

Though information has been scanty about when the Authority is going to pay the eight-month arrears, rumours have started circulating, suspiciously started by the Management, that the NHIA does not have money to pay the January to June 2020 arrears.

According to workers of the Authority, the situation is very frustrating especially due to the fact that they can only engage the NHIA management for redress.

This, they claim, has not been possible because the management has been proffering unusual excuses to continue delaying meeting representatives of the workers over the matter, which should have occurred several months ago.

“The management is not making itself available. It is always giving excuses to meet the Union and this has continued to delay discussions on the matter to date.”

The workers warned that their patience has worn out already and if the situation is not addressed in the coming weeks they would be compelled to take matters in their own hands in order to take what duly belongs to them.

According to the workers, continued churning of misinformation by government officials that the administration has cleared all salary arrears in the country is only fueling anger among them who may resort to actions that would be detrimental to the government.